Heirway graduates are prepared to pursue opportunities for higher learning, and are regularly accepted to colleges and universities of their choosing. Below is a list of institutions of higher learning to which our current Seniors have been accepted, and which our past graduates have attended.

Jacob Wilson HCA Class of 2021 (Valedictorian)
Congratulations to Our 2021 Valedictorian Graduate, JACOB WILSON, who has earned a place on the Presidential List for high academics at the University of West Georgia this semester!
​

​Emily Willis Huddleston  HCA Class of 2013
I graduated from HCA in 2013.Currently, I am a junior at Grand Canyon University working towards my Bachelor's in Elementary Education. I work for the school system where I live in Alabama. I have been married for almost 5 years with two beautiful children, Adalynn who is almost 4 and Layton who is 1. I am so thankful for Heirway and all of the amazing staff for molding me into who I am today! 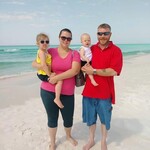 Allison Hall Williams         HCA Class of 2003
I graduated from Heirway in 2003 (why does that sound so long ago?) I went to Georgia Medical Institute for massage therapy. I now sell roller skates to skating rinks all over the US and have been for 12 years. I am married and a proud mom of 2 beautiful girls!

​Caleb Hicks      HCA Class of 2009
Colleges attended: Georgia Highlands College, Chattahoochee Technical College, Kennesaw State University (currently attending with expected graduation in 2019) - obtaining a Bachelor's Degree in Business Administration. I earned a two year certificate from the Joel A. Katz Music and Entertainment Business Program at KSU. I taught guitar lessons at Heirway from 2014-2016
I'm currently working two jobs - one as a pharmacy technician at Pharmacy Partners of Georgia, two as an assistant within the Joel A. Katz Music and Entertainment Business Program. I'm aiming to become a music producer, songwriter, and owner of my own production company. I'm in a band called "Seasons" with music on Apple Music, Spotify, Google Play, Amazon Music, and YouTube. I write music reviews for my own personal blog @ https://chmusicreviews.wordpress.com. I live in Marietta, GA balancing work and school in an attempt to finish college. 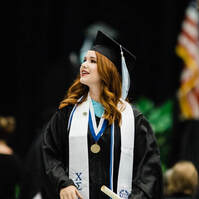 Aubrey Shearon Newcomer       HCA Class of 2011
My name is Aubrey Shearon Newcomer , I graduated from Heirway in 2011. I dual enrolled at West Ga tech my senior year of high school which was my best decision ever. In 2012 I graduated from West Ga Tech and became a Master Cosmetologist . I have been working at Charmaines for 6 years and absolutely love my job .Charmaines has been wonderful for me and I have worked my way up to our highest level. We do multiple continuing education classes every year .All of the classes have been through the Goldwell Academy , Aveda, and Nick Arrojo .I have taken many classes in NYC over the years . I married my husband Wes Newcomer in 2013 and we couldn’t be any happier . He also went to a Christian school in Cumming, Ga and we strongly thank our parents for setting us with a Christian foundation . He works in the O.R. at Redmond Hospital as an inoperative neuro monitor . In our spare time Wes and I attend many Braves games and I enjoy doing Yoga . We give God all the glory for the path He has set us on and we are excited to see what our future holds .

Currently in the process of applying to physician’s assistant programs.

I am a Certified Patient Care Technician (PCT) working as a home health care provider.

Hannah Cauthen Hannah        HCA Class of 2014
Here's my info! I graduated from Heirway in 2014 and went on to graduate from Shorter University in 2018 with a Bachlors in English. I currently work as a legal assistant at a law firm in Rome, Georgia, where I will be living for a while after I get married this July! Jonathan and I are so excited to see where God leads us during this exciting season.

Shannon Bowling        HCA Class of 2012
After graduating from Heirway in 2012, I attended Berry College where I earned a degree in Middle Grades Education. Three years ago, I was blessed to be given an opportunity to return to the Heirway family as a middle school teacher and drama coach. While not teaching, I enjoy traveling the world and spending time with my dogs.

Jessica Madruga Virgil        HCA Class of 2010
After graduation I received a BS in Sociology with a women's studies minor; an MA in Sociology with a concentration in intimate partner violence; Orton Gillingham 70 hour pre-certification course (with practicum pending); and training in the GETA Complete Reading Series. I have been teaching since 2015 professionally, and since 2014 at my church. Our first daughter was born on March 24, 2018

Kristy Jacobs Scott       HCA Class of 2001
I played softball for Young Harris College from 2001-2002. I graduated from the University of North Georgia with a BS in Biology in 2005. I was a member of Sigma Kappa Sorority. Currently, I am the mom of two kiddos- Scarlett (5) and Isabella (4)- and wife to Steven Scott. We live in Marietta, GA. I work as a manager at Trader Joe’s. Just living my best life.

Funmilayo Idaomi       HCA Class of 2013
Graduated from Johns Hopkins University in 2017 with a B.S. in Neuroscience and a minor in Entrepreneurship & Management
Currently a Research Data Coordinator in Washington D.C., and, by God’s grace, the future possibilities are endless

Tim and Scarlett (Hill) Morrison        HCA Class of 2006
Tim and Scarlett have been married for eleven years and are the proud parents to their three children Finley, Knox and Porter. They currently live in San Antonio Texas. Scarlett is a small business owner. She has earned a diploma in Photography and is actively pursuing Birthing Doula and Midwife Assistant certifications. Tim has been Active Duty Air Force since 2007. He has earned a Homeland Security & Emergency Management Bachelors degree and a Master’s Degree in Organizational Management from Ashford University. Tim is currently pursuing a Doctorate in Education with a focus in Organizational Leadership from Grand Canyon University.

Nicollette (Childs) Boydstun      HCA Class of 2008
• Associate's degree in Fine Arts from Young Harris College
• Bachelor's Degree in Fine Arts with an emphasis in Graphic Design from The University of Georgia
• Currently works as the Creative Lead for Georgia Farm Bureau
• Recently bought a house and lives in Juliette, Georgia with her husband, Cooper

Kiley Linares       HCA Class of 2015
My name is Kiley and I am currently an undergraduate senior at Georgia College and State University. I am an art major with a psychology minor and next year I will begin my training as an art therapist in grad school. Currently I am a commission artist, Youtuber, and occasionally an art model.

Calvin Davis       HCA Class of 2013
Degree-BS in Agriculture with a minor in Agribusiness
Abraham Baldwin Agricultural College- 2018
Ricky Knight
I have been to two schools: SAE Institute in Atlanta, and I am currently at Chattahoochee Tech studying TV production. I am working at Honey Baked Ham in Carrollton, Georgia. I glaze the hams and I am the kitchen supervisor.

Jerod Linares         HCA Class of 2017
Hi, my name is Jerod. I graduated from Heirway in 2017 as valedictorian. I'm currently enrolled in Kennesaw State University with a Bachelor in Science of Mechanical Engineering major and will graduate in 2020.